Rotary Club of Gros Islet and JQ Motors Ltd. – A Hole in One Partnership! 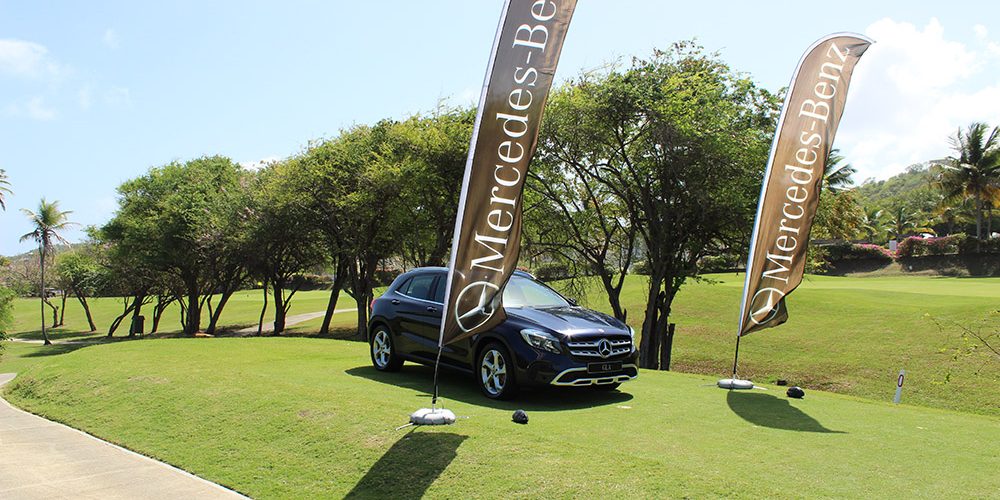 For the past 27 years, an annual Charity Golf Tournament has been teeing off at the St. Lucia Golf Club at Cap Estate. Teams of golfers converge on the green for some friendly rivalry to carve reputations earn bragging rights. But in the past two decades the tournament has been around, the golf tournament has created an even greater lasting impression: the gift of giving.

Since its inception, the tournament — the brainchild of the Rotary Club of Gros Islet — has generously contributed proceeds totalling over $2 million in the form of community projects across Saint Lucia. In recent years, the Rotary Club of Gros Islet donated a 150,000-gallon water tank to the Plateau, Babonneau community. The water tank, which costs some $700,000 in cash and kind, was crucial in alleviating the water woes faced by the 3,000-plus residents whose pipes had previously gone dry for weeks at a time.

Other funds raised by the tournament have been earmarked for assisting the Grow Well Centre, the Upton Gardens Girls Centre, the St. Lucia Diabetic and Hypertension Association, and the Marchand Infant and Primary School’s feeding programme, to name a few.

Three years ago, JQ Motors drove its way into the prestigious tournament by becoming title sponsor under the Audi brand. In 2013 alone, Audi (St. Lucia) Ltd, a subsidiary of J.Q. Group of Companies that falls under the umbrella of J.Q. Motors Ltd., handed over a $30,000 check to the Rotary Club of Gros Islet towards the hosting of the event. A key feature of the golfing event is that Audi (St. Lucia) Ltd increased the stakes by offering an Audi car to anyone scoring a hole in one!

This year, JQ Motors continued its support of the Tournament, under the Mercedes Benz brand, once again offering up a vehicle for any player scoring a hole-in-one.

“We have done this for several years,” Trevor Hunte, Brand Manager, told Business Focus Magazine. “The whole mission of the Rotary Club of Gros Islet is something that we realize that we need to be a part of. The mere fact that all the money that they make goes back into the community to help those who need it most is something that we want to be part and parcel of.”

“We will try to get involved with events in which our type of clientele is participating. The clientele that participates in the events we sponsor is basically the same people who are more likely to purchase an Audi or a Mercedes Benz vehicle. So we will be looking forward to sponsoring other major events where we can fit into those kinds of niches,” Hunte told Business Focus Magazine.

Undoubtedly, the annual Rotary Club of Gros Islet Charity Golf Tournament seems poised to make a positive difference in the lives of many – one perfect stroke at a time. Fore!

Why Use Genuine Parts?